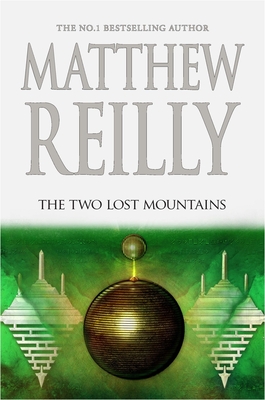 AN INCREDIBLE VICTORY BUT AT A TERRIBLE PRICE

Against all the odds, Jack West Jr. found the Three Secret Cities, but at a heartbreaking cost. His beloved daughter Lily, it appeared, was slaughtered by Sphinx in a cruel ancient ritual.

TO THE MOUNTAINS AND THE FALL!

With his rivals far ahead of him, Jack must now get to one of the five iron mountains--two of which have never been found--and perform a mysterious feat known only as 'The Fall'. Although what is this object on the moon that is connected to it?

Amid all this, Jack will discover that a new player has entered the race, a general so feared by the four legendary kingdoms they had him locked away in their deepest dungeon. Only now this general has escaped and he has a horrifying plan of his own.

Matthew Reilly is the internationally bestselling author of the Scarecrownovels: Ice Station, Area 7, Scarecrow, Scarecrow and the Army of Thieves and the novella Hell Island; the Jack West novels: Seven Ancient Wonders, The Six Sacred Stones, The Five Greatest Warriors, The Four Legendary Kingdoms and The Three Secret Cities; and the standalone novels Contest, Temple, Hover Car Racer, The Tournament, Troll Mountain, The Great Zoo of China and The Secret Runners of New York. His books are published in over 20 languages, with worldwide sales of over 7 million copies. He lives in Los Angeles.

'"Reilly has crafted a fantastic follow-up to The Four Legendary Kingdoms. The clever mix of history, mythology and geography make this one of the best action-thrillers published in the past few years." --Washington Post on The Three Secret Cities

"Buckle in and enjoy the ride. Another spectacularly fun romp from the reigning master of high-concept adventure!" --Booklist starred review of The Four Legendary Kingdoms

"Think of it as watching an Indiana Jones film on a moving roller coaster!" —Library Journal on The Five Greatest Warriors

"The wildly imaginative Reilly has taken inspiration from comics, video games, thrillers and Code-style puzzle novels to create this rocket-fueled sequel to his 7 Deadly Wonders...A tongue-in-cheek quality (one that extends to the low-tech looking maps and illustrations) will help readers find this outlandish adventure thrilling." --Publishers Weekly  on The Six Sacred Stones

Open to foot traffic (masks optional if you are vaccinated)